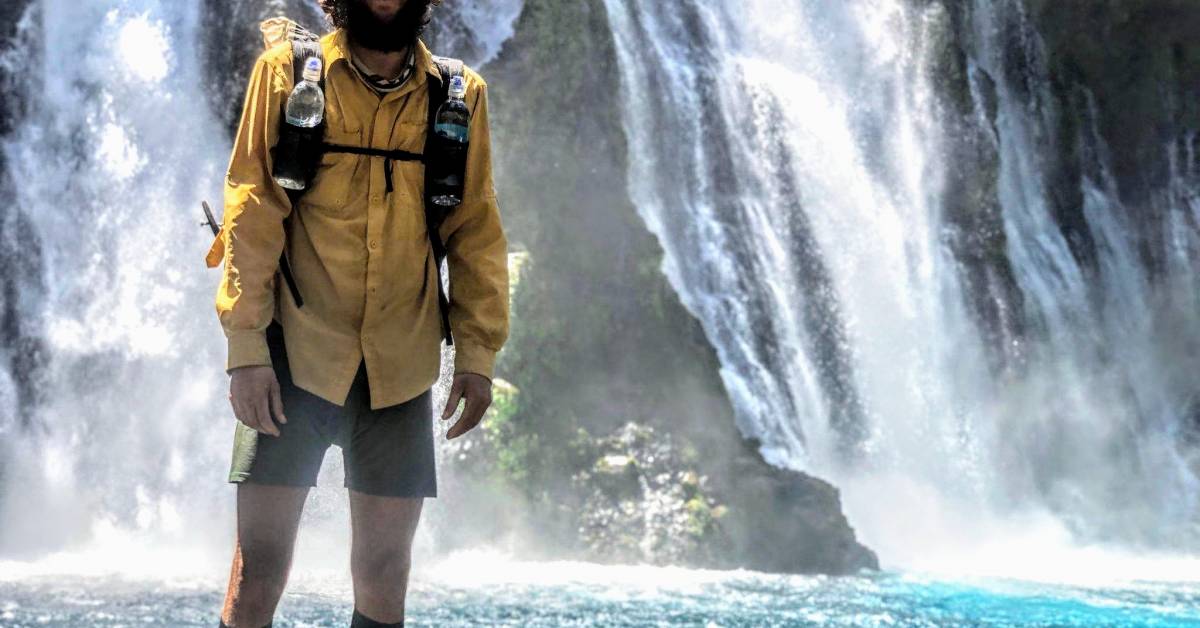 Hiker Jon Schwarze will tack additional miles onto one of North America’s boldest lines to make the Great Western Loop even greater.

The Great Western Loop is a 6,875-mile route that circles the western United States. It connects five long-distance hiking trails and a cross-country route through the Sonoran Desert. The route has been completed only twice before.

This year, Jon Schwarze is making the route even longer. In what he dubs the “Greater Western Loop,” Schwarze is adding miles to the established route. Traditionally, it turns through intersecting trails to circumnavigate the western United States before it actually reaches the terminus of any single trail.

But Schwarze will also tag the ends of most of the trails.

Editor’s note: Schwarze started his hike well before the COVID-19 outbreak. He is currently on the route but has not yet decided how to proceed with the rest of the hike. For now, this is the article as originally reported.

Schwarze’s route started at the Mexican border on the Pacific Crest Trail on New Year’s Eve. From here, he hiked 218 miles north to Whitewater Preserve. It was a tune-up week before heading back to Camarillo, California, to finish up work for the year.

In mid-February, Schwarze traveled back to the trails for good, starting at the Mexican border on the Arizona Trail. 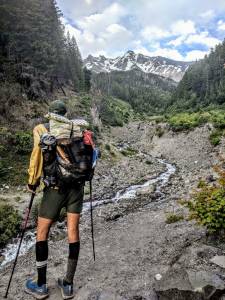 From there, he hiked north, nearly to Utah, where he completed the trail. He’s now hiking in Arizona on a largely cross-country and waterless 800-mile stretch to connect back to where he left off on the Pacific Crest Trail in January.

Then, he will follow the PCT north to Canada, turn off onto the Pacific Northwest Trail, and take it all the way to Glacier National Park. After a 2-mile out-and-back to touch the Canadian Border, Schwarze will follow the Continental Divide Trail all the way south to the Mexican border.

Then, to complete his year, and the loop, Schwarze will hike the Grand Enchantment Trail across New Mexico and Arizona in its entirety.

The entire Greater Western Loop should measure over 8,000 miles. He hopes to finish it before December.

Schwarze’s route expands on the Great Western Loop by adding end segments of the Pacific Crest, Continental Divide, Grand Enchantment, and Arizona trails. For the most part, he will hike those end segments round-trip. This connects the trails in a longer endeavor that will ultimately tally more than 8,000 miles. 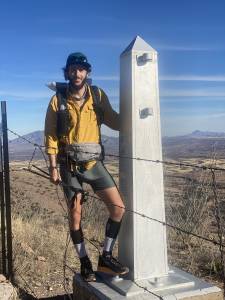 Schwarze is not new to long-distance hiking. In 2018, the youth soccer coach completed a “yo-yo” of the Pacific Crest Trail as his first thru-hike. This involves hiking the trail entirely north, from Mexico to Canada, and then turning around and hiking the entire trail back south in the same hiking season.

Totaling 5,300 miles, the task of yo-yoing a long-distance trail is a race against the seasons. After completing the out-and-back of the Pacific Crest Trail, Schwarze wanted to take on an even more significant challenge.

Known as “Airborne” on the trail after a bumpy glissade down Mt. Whitney, Schwarze started planning the traditional Great Western Loop only to begin adding on the tail ends of as many trails as possible.

The loop in its form envisioned by Andrew Skurka doesn’t touch any of the termini of any of the trails strung together the 6,875-mile route. Schwarze decided to change this.

Having never completed the Arizona Trail, Continental Divide Trail, and Grand Enchantment Trail, he decided to add the tail ends of each of them into his grand adventure. And because it was only a couple hundred more miles, he decided to complete the Pacific Crest Trail for the third time in 2 years.

The epic journey began even sooner than expected. After arriving at sunset on New Year’s Eve, Schwarze expected to start his journey in the first moments of the new decade.

But then, border patrol showed up. A cordial discussion held warnings against staying at the border after dark, especially on a holiday such as the dawning of a new decade. So Schwarze started doing what he had come to do: hike. 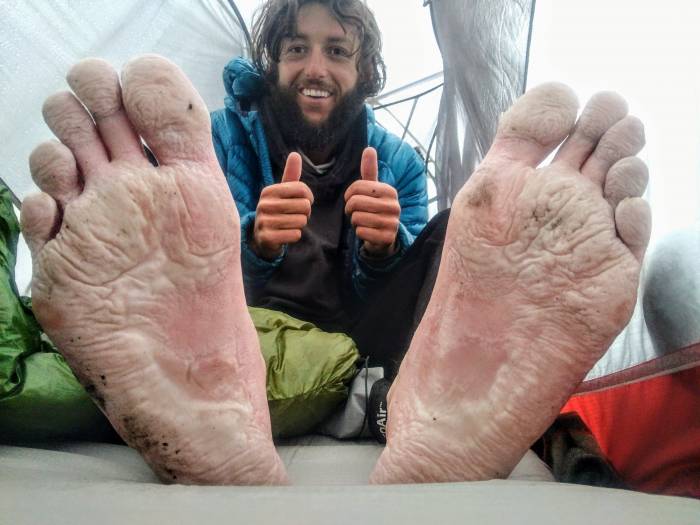 While others were out ringing in the new year, Schwarze hiked through the first hours of 2020 alone. It was a glimpse into what the year had in store. Just an hour into his 8,800-mile Greater Western Loop, Schwarze realized he had forgotten his water filter.

With no other option but to press forward, he treasured each sip of water. The routine he had developed in 2018 quickly came back, and old memories and sights dotted the trail. The places were the same, but now he was passing them in the dead of winter.

Challenges on the Trail

The largest initial challenge of the trip was climbing over San Jacinto. As he gained altitude, the snow grew to thigh depth and slowed progress immensely. In the problematic terrain, Schwarze promptly ran out of water. He felt the effects of dehydration.

Amid the deep-snow traverse, he filled his bottles with fresh snow and stuffed them inside his jacket. The snow quickly melted. He kept up such a pattern over Fuller Ridge and throughout the 20-mile waterless descent down to a Desert Water Agency faucet 4 miles before Interstate 10.

Airborne is now hiking to the PCT after completing the Arizona Trail. Heavy rains and flash flooding already battered him this spring. And he expects the first and last month of his journey will be the most difficult.

The Greater Western Loop is expected to take Schwarze until late 2020. If completed, it will add a whole new wrinkle into the already logistically challenging route.

The idea of completing four long-distance hiking trails as part of the endeavor seems like an audacious and elusive goal. But for someone with creativity and drive like Schwarze, the concept has never seemed closer to reality.