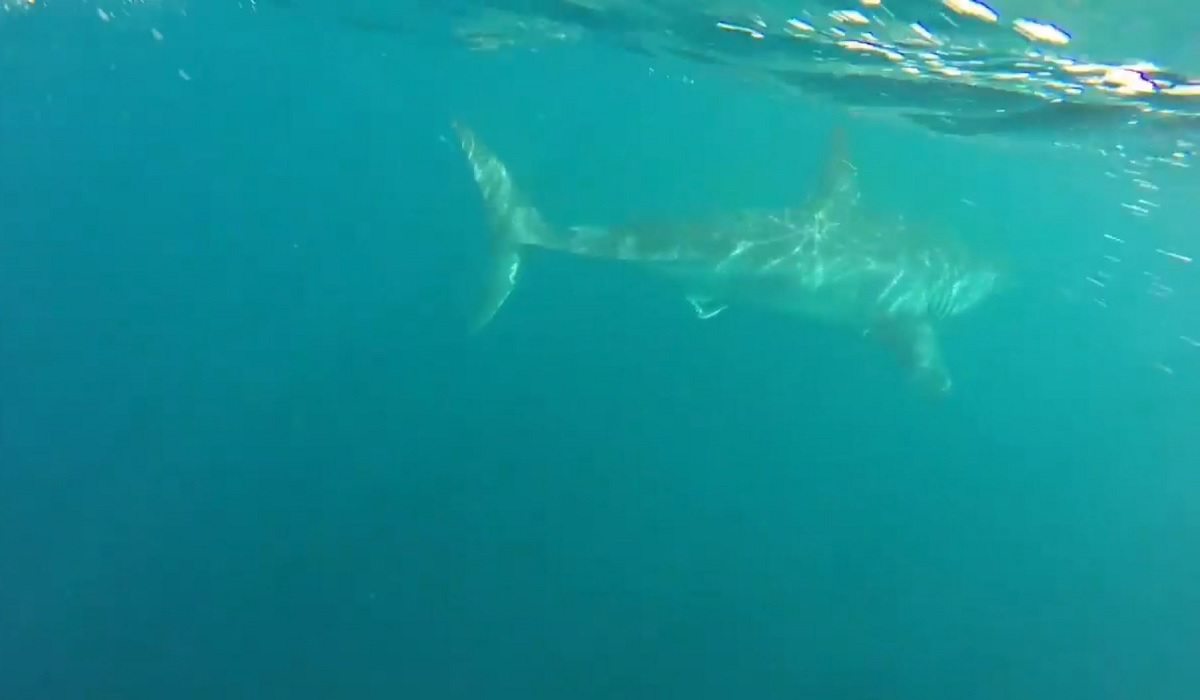 When the fishing is slow, there’s nothing like a visit from a curious great white shark to spice up the afternoon!

This incredible footage was filmed by Ken Gerke, off the coast of Urunga in New South Wales, Australia. He was fishing alongside his friend David Barwise one afternoon, when a great white shark stopped by and quickly turned their leisurely fishing adventure into a much more tense scenario.

Here’s the story from Ken’s perspective:

“Had an awesome encounter with a very large Great White Shark in the kayak this morning. The footage kicks in after it had circled me once already and I decided to move away.. unfortunately she decided to give chase, she was very curious. Such an awesome experience, I’ve caught small Sharks in the past, had juvenile Bull Sharks cruise past the yak in local estuaries.. but nothing like this beast.”

“The last part of the footage was taken by Dave Barwise after I moved over near him, he caught some awesome footage of the Shark checking me out. Please excuse the language, panicked breathing and shaky footage.. but I’m sure considering what happend you can understand my excitement and fear.”