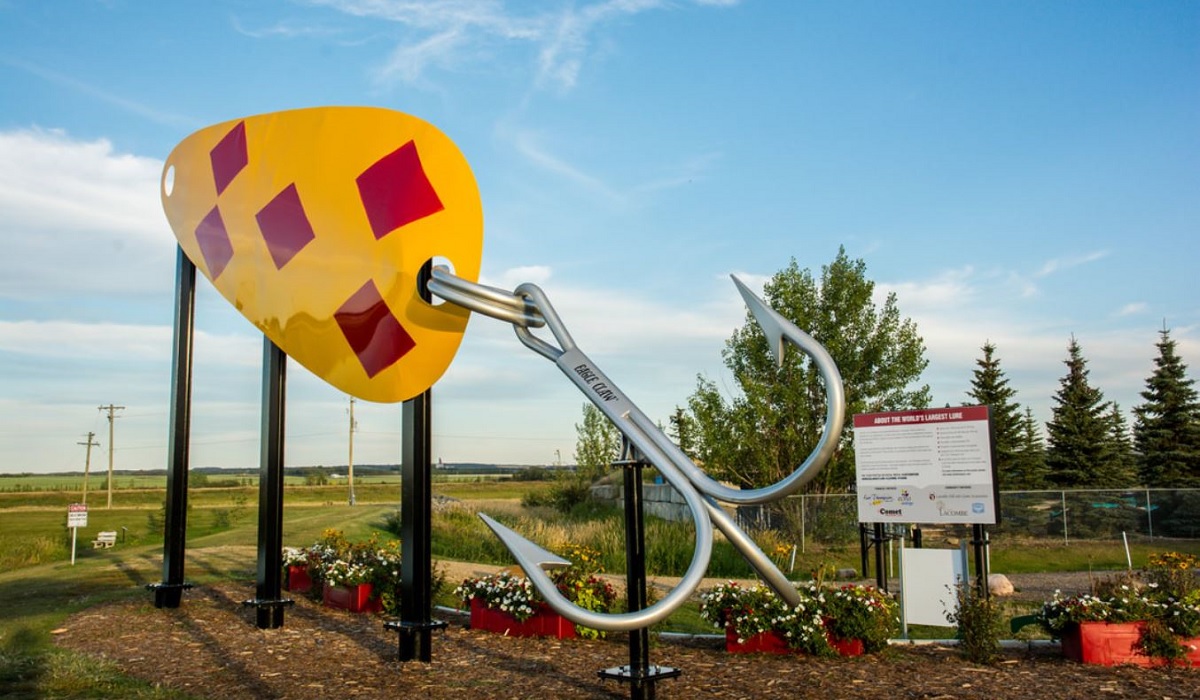 You know what they say; “Big lures catch big fish,” and Lacombe, Alberta is now home to one mighty Len Thompson fishing lure!

The world’s largest fishing lure – which sits on display at the Len Thompson Pond in Lacombe – measures a massive 40 feet, 5.25 inches long, shattering the previous record which was only a little over 15 feet long. To break the dimensions down even further, the spoon itself on the new world record fishing lure is 27.5 ft long and 9.5 ft wide and the treble hook is 14 ft long, 8 ft wide.

Some anglers may take notice of Lacombe’s gigantic lure, as it’s painted with Len Thompson’s most popular pattern – Yellow & Red Five of Diamonds®.

The project was accomplished “in partnership and with the generous support of the Lacombe Fish and Game Association, the City of Lacombe, the Echo Lacombe Community Grant Fund, and local fabricator Comet Welding.” The monument was installed back in May 2019.

“This project was so special to our family, community and of course, our project partners,” said Jessica Dew. “Although we knew the lure dimensions easily beat out the old record, it took months for the application to be processed. We are very excited by the official approval.”

The lure was constructed to commemorate Len Thompson Lure’s 90th anniversary of being in business. Len Thompson first started selling his famed lures in Abernethy, Saskatchewan way back in 1929. The factory has been located in Lacombe, Alberta for sixty-one years and remains proudly family owned and operated.