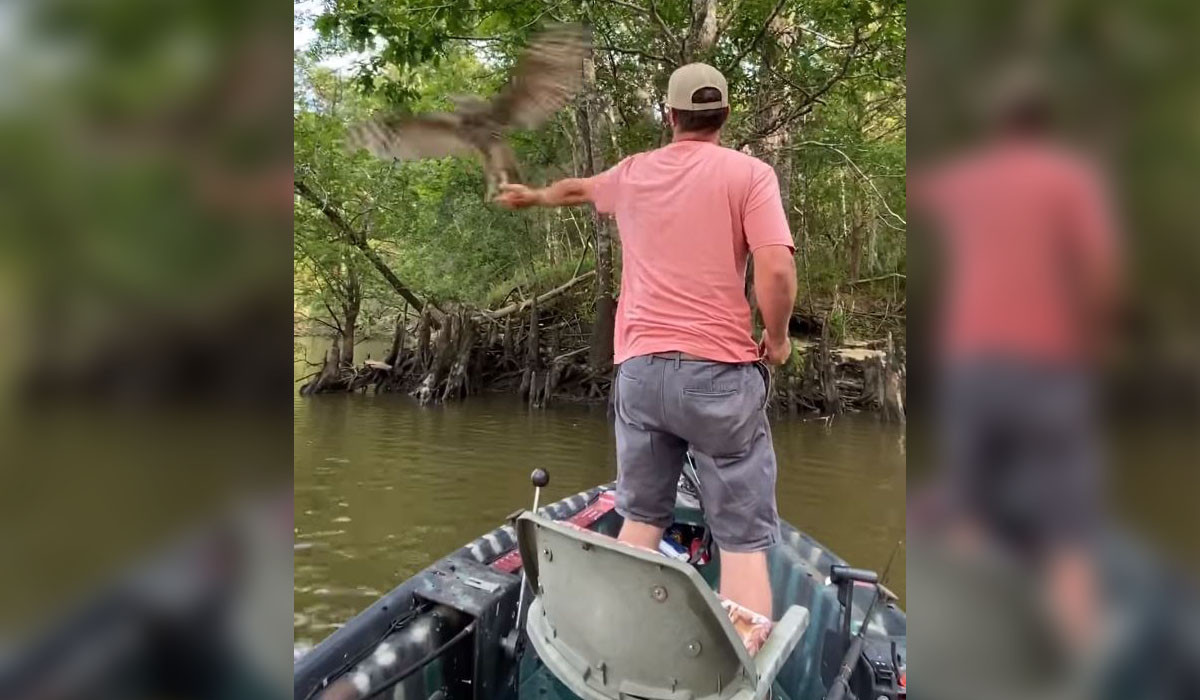 Birds of prey are opportunistic creatures who don’t mind getting their hands (or talons) a little dirty in order to score a meal.

Like in this wild video, which shows what appears to be a barred owl swooping down and plucking a bluegill right out of a fisherman’s hand. When the video opens, the angler and his friend are taken by complete surprise when the owl makes its first pass. Then after a slight adjustment, the angler is able to anticipate the bird and it plucks the fish clean from the man’s grip.

The only thing he didn’t seem to anticipate was the owl’s razor sharp talons. Ouch!

The barred owl – or more informally, hoot owl – are largely native to eastern North America and much of southern Canada, but have also expanded their range to the west coast of North America, where they are actually considered invasive. Their diet consists mainly of small mammals, but like you just saw this species is highly opportunistic and is known to prey upon other small vertebrates such as birds, reptiles, and amphibians as well as a variety of invertebrates.

While a majority of their hunting and general activity takes place after the sun goes down, barred owls rank around 6th out 19 regular North American owl species for the regularity of their activity outside of nightfall – especially in particular circumstances such as when a rival or a human impersonator is emitting barred owl calls or while hunting.

Camping Stove Meals. Cooking a full English breakfast with a Jetboil Minimo
Photos Of The Day For June 2020
Beginner’s Guide to Camping: What to Pack for Your First Camp Out
Freaky Photo Fallacies
Fireworks Safety Tips: Keep Your Dogs Safe & Calm During Fourth of July Celebrations