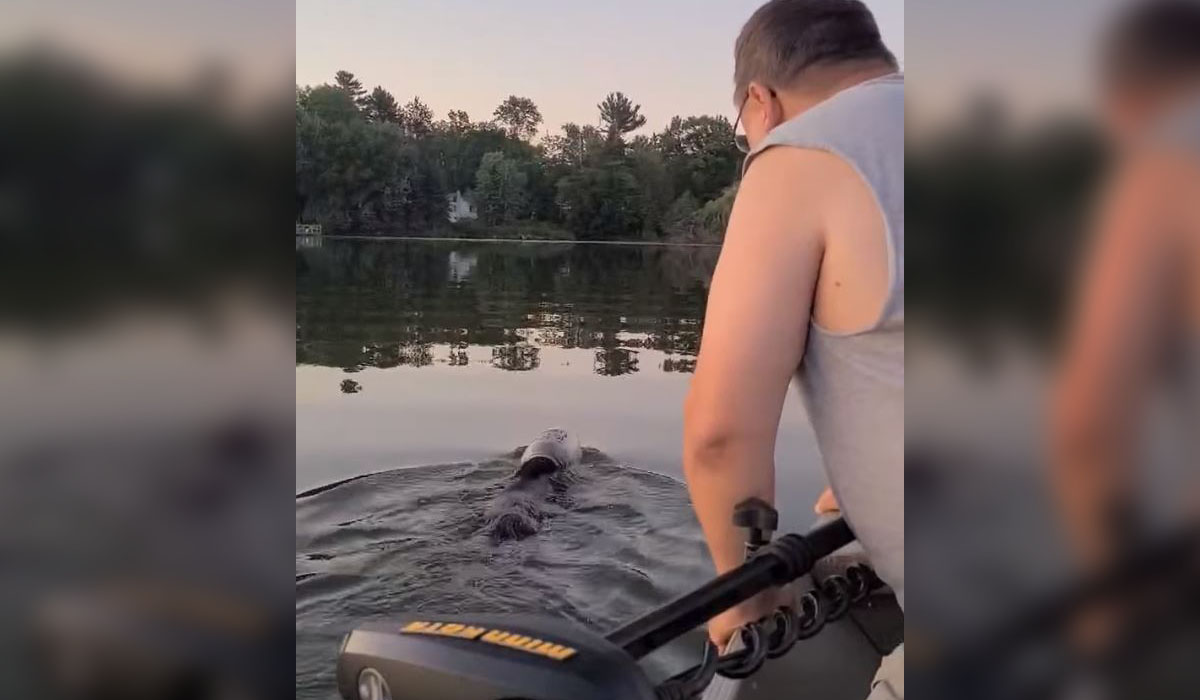 A summer night cruise around the lake suddenly turned into an adrenaline packed evening for a couple in northwest Wisconsin after they rescued a bear swimming in the middle of the lake with a plastic jug stuck on its head.

The intense encounter was caught on camera and posted to Facebook by Tricia Hurt, who said her family spotted the bear on Marsh-Miller Lake roughly 30 miles north of Eau Claire, Wisconsin. “Never dreamt we would ever do this in our lifetime,” Hurt wrote in the caption under the video.

In the short video, the family works quickly and carefully to get beside the “baby bear” with their boat, eventually gliding close enough so Brian Hurt could bravely yank the plastic jug off the animal’s head.

My only thoughts after watching the video are, that looks like a pretty big “baby bear.” It’s a good thing this rescue went so smoothly, because things could have gone real bad in a hurry with a bear in a situation like that!

Also, this is another perfect example of why we need to be more careful with what we leave outside. Plastic containers and other pieces of garbage can become dangerous for wildlife, so be mindful and pick up after yourself!

According to the Wisconsin DNR, the state is home to a thriving black bear population. There’s estimated to be around 24,000 bears, generally in the northern third of the state.

Top 6 Ways to Social Distance This Fall
EPISODE THREE! A Beginners Guide to Camping – Camp Cooking & Campfire BBQ Tips, Tricks and Secrets!
Photo Of The Day By Brad Lewis
The GKPM Survival Concept
How to Breathe While Running: Useful Tips for Your Next Run